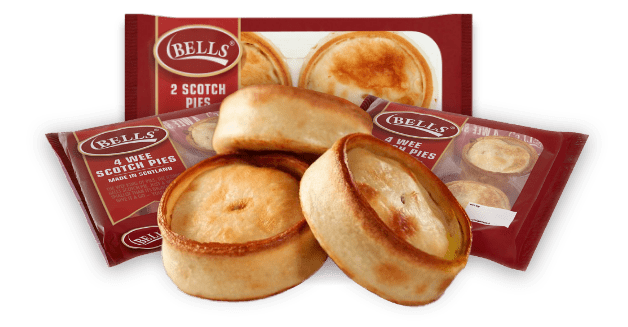 A little piece of history

From the early years of making bakery products from home, to becoming Scotland’s number one pie brand, we have come a long way… 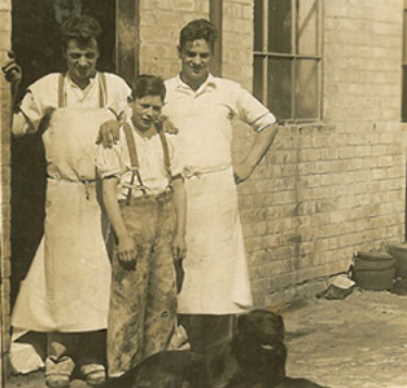 How it all began

During the difficult days of the depression in the early 1930’s the future did not look good for baker Donald Bell and the likelihood was that he would find himself out of work as he completed his apprenticeship with a local bakery. Donald lived with his family of four brothers and two sisters and their parents, David and Margaret Bell in the mining town of Shotts, Lanarkshire.

Father David Bell, who had worked locally in the pits as a winding engineman since the early 1900’s, was keen for his family to prosper and suggested converting the family “wash-house” into a small bakery. Donald enthusiastically took up the idea and with a hot plate began baking scones and pancakes in the early hours of the morning which he then took out and sold door to door locally.

The products proved popular enough for a small two deck oven to be installed and brother Henry took over selling which allowed Master Baker Donald to become full time in producing other high quality bakery products such as cakes and rolls. The business grew and with the encouragement of father David the other family members became involved and the company “David Bell & Sons (Bakers) Limited” was born. 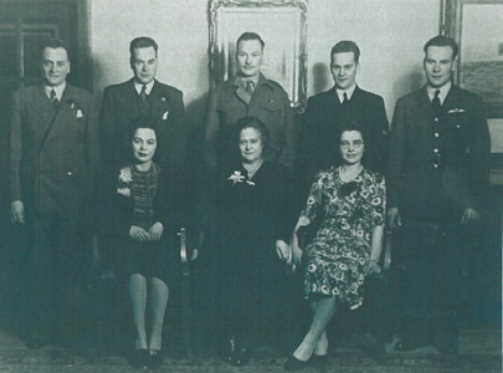 By the end of the decade the business had expanded considerably. As well as the shop in Shotts outside catering had begun and retail vans were operating locally, some of which were horse-drawn. In 1938 another bakery business was acquired in Wishaw, Lanarkshire.

Brothers Donald, Henry and John worked full time in the bakeries whilst other brothers David and Andrew, previously employed elsewhere in haulage became full time in sales. Older sister Nellie, who had been manageress in the local co-op, now looked after administration whilst sister Cissie was wholly involved in successfully managing outside catering. With everyone working eighteen hours a day, seven days a week the company prospered and all profits earned were ploughed back into extending buildings and improving machinery.

The Second World War presented serious staffing issues for the company as three brothers, Andrew, Henry and John were called up for National Service. This left two brothers, David and Donald and two sisters Nellie and Cissie, along with a limited workforce of excellent staff, to carry on through the war years. Thankfully all three brothers returned safely when war ended and business continued as formerly. 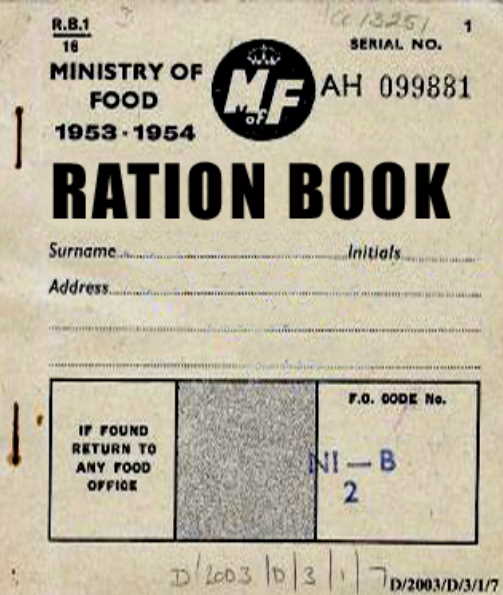 In order to extend the flour quota permitted during rationing a further bakery business was acquired in Biggar, South Lanarkshire and shops in Carluke and Lanark were opened. Outside catering continued to grow and a Tea Room in Wishaw was opened.

Although rationing was lifted in the early fifties it was a very difficult time for retail bakers and many throughout the country went out of business. The company was forced to rationalise activities and the Carluke and Lanark shops were closed as the remainder of the business struggled to stay afloat. 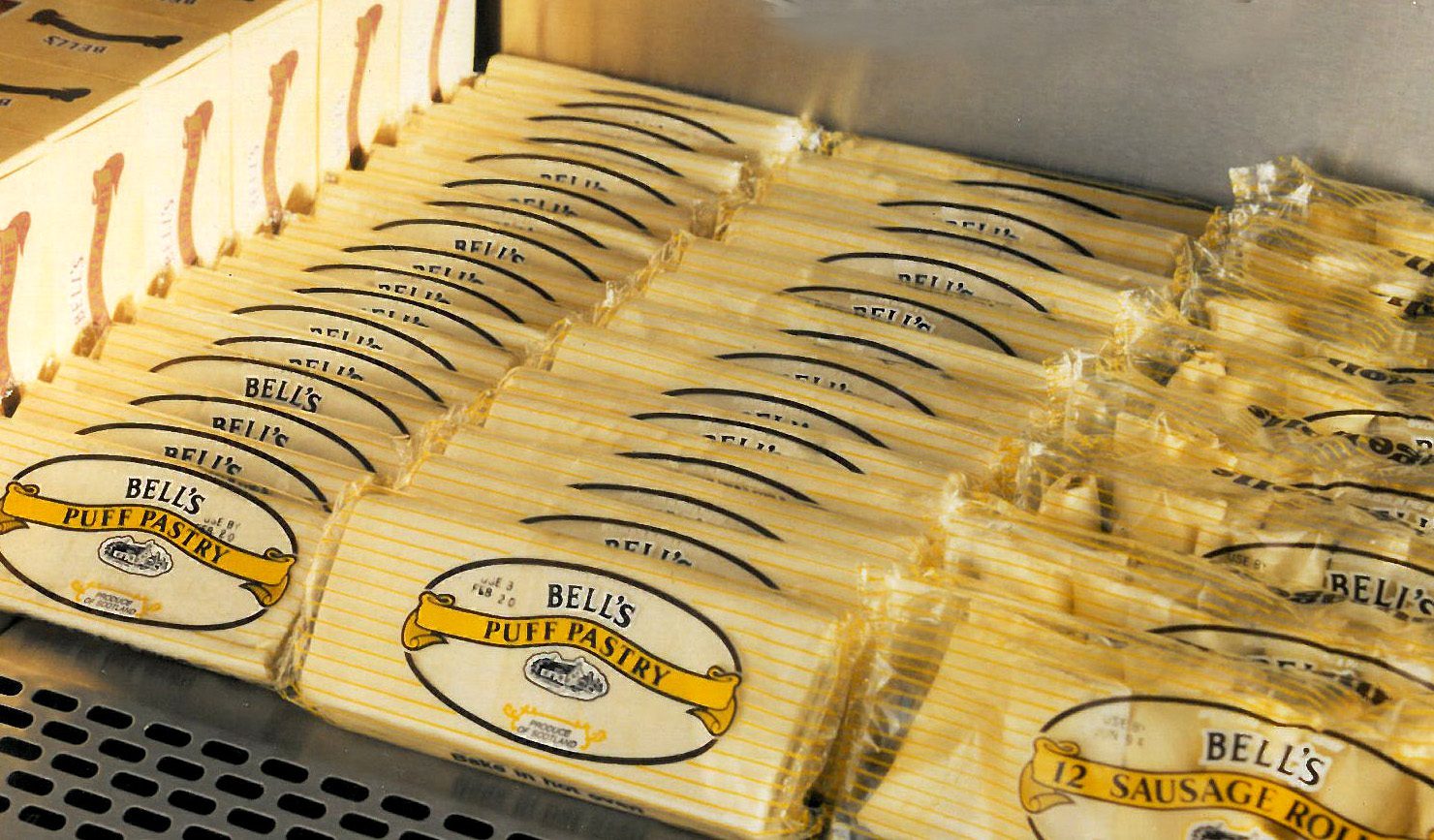 Whilst on a family trip to England with his wife, Donald hit upon an idea which would eventually see the business transformed from retail bakers to a successful wholesale food company. Upon seeing a pack of puff pastry being sold in a local grocer’s store on holiday Donald was convinced this was a good idea and knew he could do much better with his own special recipe produced in the traditional Scotch method.

Puff pastry in packet form had never been sold in Scotland and on his return Donald went about developing a retail pack of his own Special Puff Pastry. At first only moderate sales were achieved through grocery outlets and the company’s retail vans, however when brother David introduced the pastry to local butchers the product was a resounding success as it complemented so well the butcher’s stewing steak and allowed housewives to bake their own steak pies without the difficulty of making their own puff pastry.

The huge success and demand for Bell’s Special Puff Pastry allowed the company to develop further its wholesale business throughout Scotland with the introduction of other high quality bakery products such as Bell’s Scotch Pies, Bridies, Sausage rolls and Bell’s Famous Steak Pies, all produced from Bell’s own recipes developed in the 1930’s. 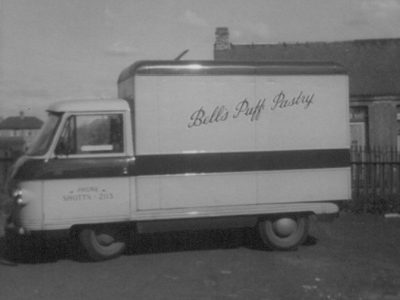 ...But Suffer a Bitter Blow

The business by this time had reached a peak with a successful van sales operation established operating fifteen vehicles all over Scotland, from the Borders and Dumfries, to Aberdeen and the North East going coast to coast, delivering to butcher shops, caterers and retail outlets the company brand had become synonymous with good quality, fresh pastry and pies.

The business portfolio had also been successfully extended with the addition in the late 1950’s of Toftcombs Hotel in Biggar and the Belmont Restaurant in Wishaw, both of which had become thriving local businesses.  Company direction was now firmly focused on manufacturing and the wholesale van operation whilst the retail shops and vans were gradually run down over the period from the late 1950’s to the end of the 1960’s.

Sadly Donald passed away in 1970 after a long illness and the time had come to look to the future. Nearly forty years had gone by since the company was started and the remaining family, brothers David, Andrew and John along with sister Cissie decided that it was time to hand over to the next generation.

By this time Donald’s son David T Bell, David’s son Dr David Bell and John’s son John (junior) had already firmly established themselves in the management of the business.   Fortunately all three were well qualified and had previously gained experience in the three main functions of the business namely production, sales and finance. With the guiding hands of David Senior and John Senior the three new partners were to successfully take the business to its next stage. 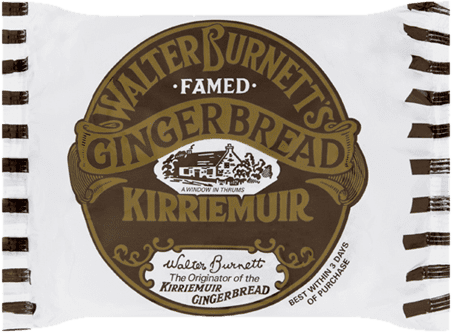 Although the company continued to do well within the independent food sector the new generation could foresee major changes happening within the retail food trade.  The acquisition of The Kirriemuir Gingerbread Company 1975 not only brought even greater expansion to the Bell’s already impressive estate and diversification into cake manufacturing, it provided them with a valuable listing and contact within the major multiple retailers.

The rise of the large supermarket chains at this time brought about a key turning point in the food industry and the company’s history. With the acquisition of Kirriemuir Gingerbread Ltd the company used this opportunity to develop the Bells products within the multiple retailers and worked extremely hard at expanding sales in this area of the market. 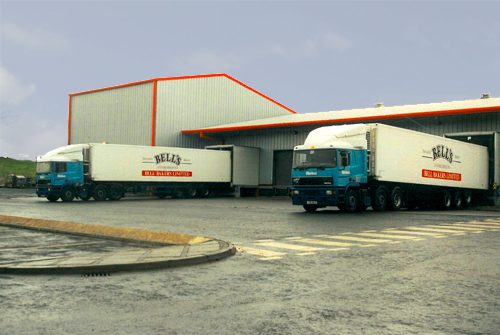 A Period of Change

By 1985 listings had been secured with a broad portfolio of Bell’s successful products amongst all the major retailers establishing the company as a major Scottish food manufacturer and supplier to the major multiple retailers and independent traders alike. For many years the company had been supplying butchers with shapes, rolls and blocks of Bell’s Special Puff Pastry, which they used to make their own pastry goods.

As trade with the multiples grew the mode of distribution to the market changed from van sales to central distribution. This period saw the introduction of the large heavy goods trunkers to the Bell’s fleet and a reduction in van sales operations. It was also during this year that the last non-core activity of the business, Toftcombs Hotel, was sold.

The years had now begun to take their toll on the family and in 1981 Cissie, the younger sister, passed away.  Oldest brother David, ” Davie” who had led the way in opening up the van sales runs on the strength of the success of the puff pastry in the fifties and sixties, died at the age 77 in 1985. The growth of the supermarket chains brought about the demise of many independent grocers and butchers and regrettably many loyal Bell’s customers, that Davie would have opened up during the those early years of van sales, had now ceased to trade. 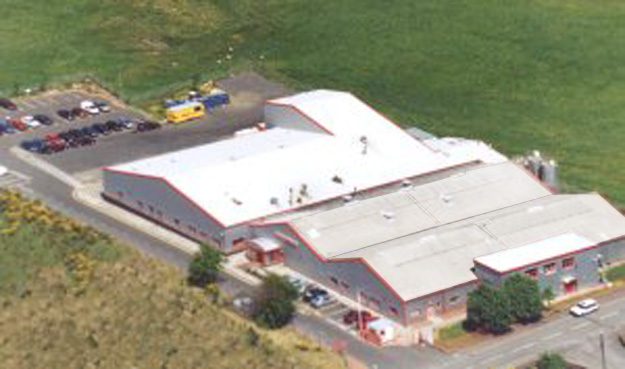 Bursting at the Seams

By the early 1990’s the company had run out of space.  The original bakery at Dykehead had undergone major extensions in the 1950’s and again in 1971 and although another factory in Rutherglen, Glasgow had been acquired to manufacture Kirriemuir Gingerbread, facilities were bursting at the seams and the sites were land-locked.

Plans were drawn up and the largest capital investment project the company had ever undertaken was underway. A vacant factory and substantial site in the Torbothie area of Shotts was acquired and developed to become the 44,000 sq ft Hawthorn Bakery.  The factory was purpose built for the production of pies and savoury products and became the new company headquarters. Pastry and cake production was consolidated into the refurbished Dykehead bakery and the factory at Rutherglen was sold. 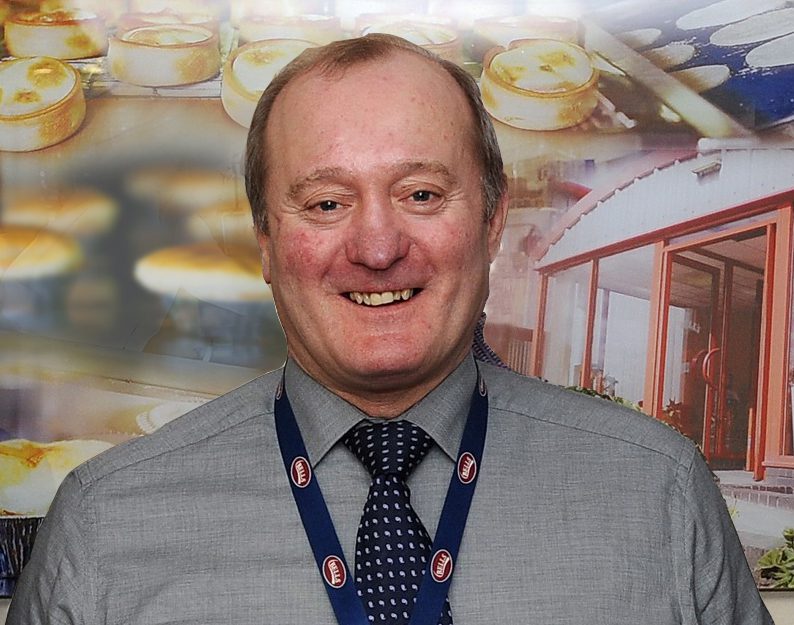 With the arrival of the new millennium the company had once more adapted to changes both within the company itself and in the outside business environment.    The last of the original family had now passed on.  John, the youngest of the brothers and regarded as the senior figure in the business for many years died in 1996 and Andrew, who lived longest amongst the original family, died at the age of 87 in 2000.

Also by now the two eldest of the second generation, David T Bell and Dr David Bell, “The Two Davids”, had stepped down from their executive posts after many years of dedicated service and took up advisory positions on the board leaving John “junior”, John’s son, to carry on the good work with a new team in place. 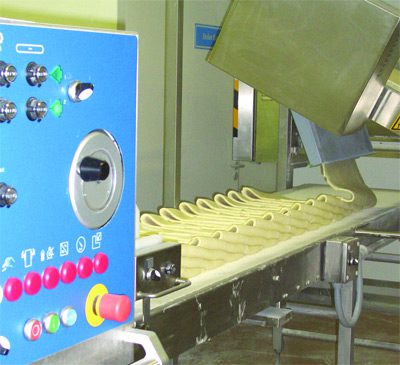 In the past ten years the company has progressed to secure the position of brand leader with over 60% of branded fresh meat pie sales in Scotland and in 2011 was ranked at number 12 in the Scottish Grocer best known brands review.

The past decade has seen major investment in machinery and systems throughout the company as the management has driven through its programme of continuous improvement and strong financial control.   Despite the difficult trading conditions experienced during that time, Bells never lost sight of its key targets in achieving BRC Global Standards Accreditation, over 99% service levels to customers, productivity improvements, waste reduction and both sales and profit growth. 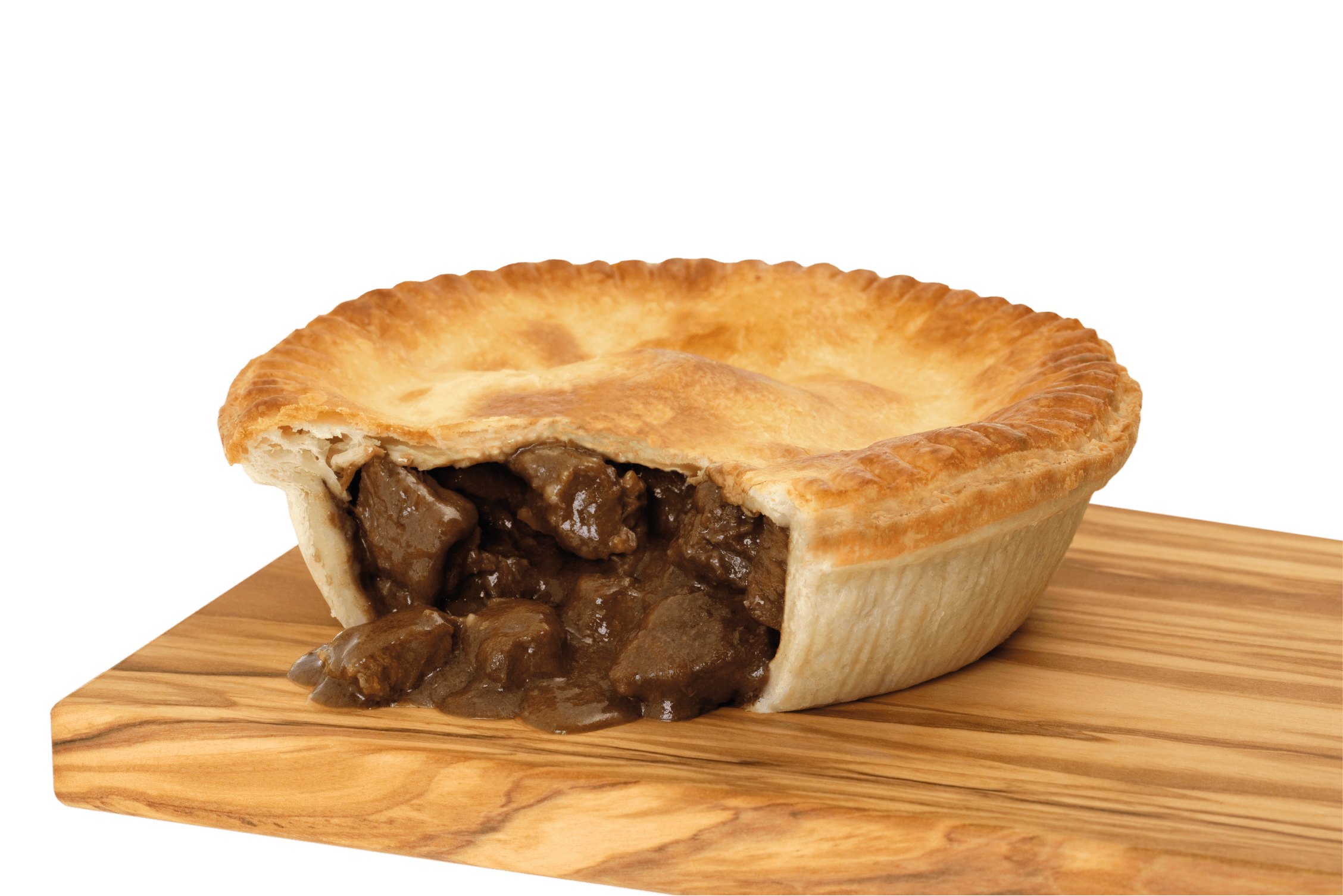 Our family business is now over 90 years old!  Since starting our small home bakery in 1931, we have grown to become the nation’s 3rd most chosen Scottish food brand.  With a range of products to eat at home with the family, as a lunchtime snack or ‘on the go’, we are delighted to be part of everyday Scottish life!